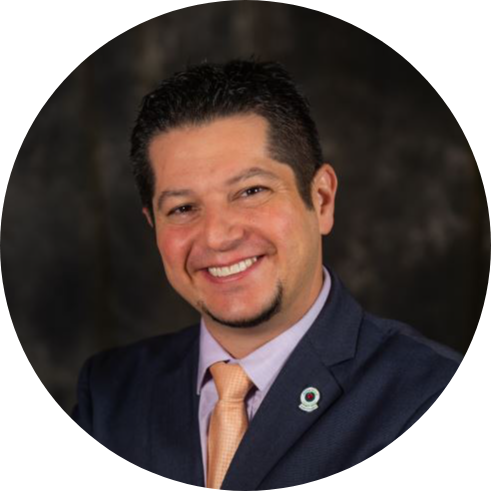 My passion has always been to convert health information into action improving the wellbeing of our communities. Born and raised in Mexico City, I had the honor of being the liaison between Mexico and the World Health Organization after finishing Med School. This was the moment that proved to me that healthcare systems need to be connected with the most important aspect: the community. As a Pediatric Resident at Mount Sinai Children's Hospital in Chicago; were the reality of Social determinants of health was a reflection of the changes needed, I was determined to make a difference in the community, so I began doing this thru Policy and Advocacy. As part of these activities, in the Mexican Consulate, I created a Health Bulletin and a board of physicians to give advice in hardship moments for families. On the international arena, I had the honor to be elected for the first Advisory Board in conjunction with the Mexican Foreign Affairs and Health Ministries, for the program Ventanillas de Salud; a Federal program that devotes its efforts to improve the wellbeing of Mexicans abroad. Currently actively involved creating Binational Public Health Programs to reach Hispanic communities on both sides of the border; I was invited to become a part of The White House Hispanic Policy Group and participated in advocacy groups like Sargent Shrivers Center as well as becoming a spokesperson for the American Academy of Pediatrics. Since 2009, I have been regularly appearing on several national and international outlets (such as CNN, NBC, Telemundo, Univision, EstrellaTV and radio) to share information about emerging healthcare topics; translating “Medicalish” to an understandable language for all ages and stages in a human life. I’m a believer that the intersection between health and technology can be efficient, affordable and can bring better health outcomes for our community; I have had the pleasure of being a part of HoyHealth, Solera Network, MeHealth, and other technology based initiatives. In 2018 I was elected to be a Board Member of LA Care and have been participating in the National Hispanic Medical Association Boards; building pipelines, services and representation of our community. Following my pediatric and public health passion, I practiced as a pediatrician in Florida, which led me to AltaMed, one of the largest FQHC in the US as the Medical Director of Medical Education and Wellness with a great dynamic team serving over 300k patients. I am an energetic physician that creates solutions for our Community.