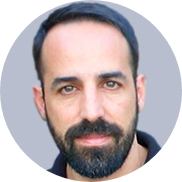 Gary Wolf is an American writer, contributing editor at America's Wired magazine, and co-founder of the Quantified Self.[1] Wolf earned a BA from Reed College, in Portland, Oregon, and an MA from UC Berkeley. Among his other Wired stories, Wolf wrote "The Curse of Xanadu," about Ted Nelson and Project Xanadu,[2] calling the project "the longest-running vaporware project in the history of computing." Nelson objected the criticisms, referring to Wolf as "Gory Jackal", and threatening to sue him,[3] and detailed his objections in a letter to Wired[4] and a rebuttal.[5] He also wrote an article about Steve Wozniak, "The World According to Woz". In 2007, with Kevin Kelly,[6] Wolf co-founded the Quantified Self, a collaboration of users and tool makers who share an interest in self-knowledge through self-tracking. In 2010, he spoke about the movement at TED.